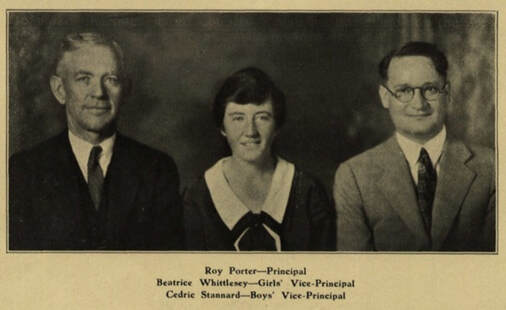 Named for Richard Henry Dana, who in his book, "Two Years Before the Mast" told of reaching San Pedro in 1834, Dana Junior high school, Feb. 6, 1928, opened its doors to  students.  The need for the junior high school was pointed out in 1925 by Roy Beaton, then secretary of Chamber of Commerce, who said San Pedro was the "only town with a 45,000 population which did not have a junior high school."
The school's formal opening, May 4, 1928, was celebrated with a dinner at which the late Susan Dorsey, superintendent of city schools, was guest of honor.

Two wings have been added to the original unit, increasing classrooms by 16;  six bungalows were set on the grounds, and a girls gymnasium has been constructed. Enrollment today stands at  1,567 students.  Staff  members stand at 67, with instructors,  the principal, Colin Donohoe,  and four vice principals:  Ms. Brown, Ms. Boller, Ms Fosnaugh and Mr. Schiappa-Gobee.
​Richard Henry Dana (1815-1882) 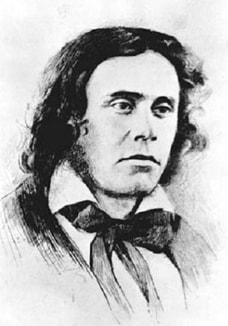 Published in 1840, Richard Henry Dana's Two Years Before the Mast, is an important American document that chronicles the lives of seamen and Californians prior to the California gold rush. As a young man, Dana left his studies at Harvard and worked as a seaman on the brig Pilgrim which traveled the coast of California. The book is a record of his diary and reflects the cruel life of those who worked on the ocean. Later, when Dana returned to Boston, he graduated from Harvard and became a maritime lawyer advocating the rights of the merchant seamen. He would eventually go on to become a U.S. District Attorney and as well as a member of the Massachusetts legislature. Though never confirmed by the senate Dana was nominated as Ambassador to England. After retiring from his practice he moved to Rome to conduct research on international law. He died there in 1881 and is buried in Rome's Protestant Cemetery.
Pedro Murals . . . Working People's Art
Two murals at Dana cover walls at the north and south ends of the school's cafeteria. Both bear the signature of the artist Adrien Machefert and the date 1939. The Dana murals portray early San Pedro and its harbor activity. Is that Richard Henry Dana, Jr. who balances the hides on his shoulders? Early San Pedro residents, including a sizable Native American population, work beside sailors at the waterfront.
Former cafeteria manager Shirley Guff, who had been at the school sixteen years, feels that many of the faces on the figures in Machefert's paintings resemble those of students she has seen at Dana. The art work casts a spell of its own, she points out. The murals are the first thing former students want to look at when they return to visit the school.
Today these San Pedro murals remain for an audience of students and passers-by a people's art elevating the role of labor and public employment and serving as a reminder of an earlier time of economic hardship.